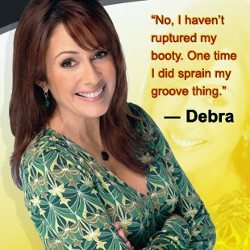 While studying in New York with drama teacher William Esper, Heaton made her Broadway debut in the gospel musical “Don’t Get God Started.” She and fellow students then formed State Three, an acting company that produced plays off Broadway. They took one production, “The Johnstown Vindicator,” to Los Angeles, where Heaton’s performance caught the eyes of casting directors.

Patricia appeared in the Neil Simon remake of “The Goodbye Girl.” Her other credits include the series “Room for Two” as well as “Women of the House,” “Someone Like Me” and “thirtysomething,” in which she had a recurring role. Among her television film credits are “Miracle in the Woods” and “A Town without Christmas,” both on CBS. Her feature film credits include “Memoirs of an Invisible Man,” “Beethoven,” “New Age” and “Space Jam.”

Her book, Motherhood and Hollywood: How to get a Job like Mine, was published in September 2002.

Patricia is currently the star of the FOX comedy series “Back to You.”

Patricia was born in Cleveland and lives with her husband and four sons in Los Angeles. Her birth date is March 4. 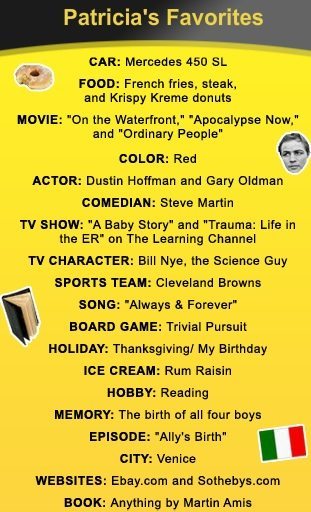 Visit CultSirens.com for profiles and pictures of Hollywood beauties.