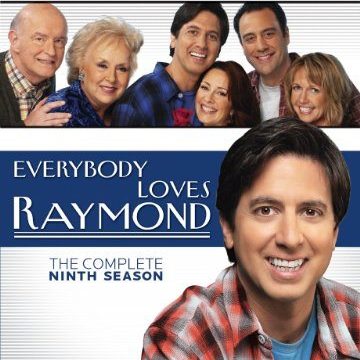 After Frank and Marie have a wonderful time visiting old friends, they deliver the shocking news to the family that they have decided to buy a condo in New Jersey. Ray, Debra, Robert and Amy can barely contain their happiness now that their nagging parents will live eighty-five minutes away. Marie offers to sell Robert and Amy their house for twenty-six thousand dollars, the same price they paid for it, and they happily accept. Debra surprises everyone when she expresses sadness at Frank and Marie’s departure, and tries to discuss her unresolved feelings with Marie. Marie tells Debra she’s always “too dramatic,” and Debra tells them to have a great trip. Later, as Marie and Frank are in their car driving to New Jersey, Ray keeps calling Marie on her cell and she marvels that he is such a “momma’s boy.”

Robert’s anxiety gets the best of him when Amy puts her personal touch on their newly acquired home. Amy starts by attacking Frank’s “odor” with lilac air fresheners, throwing out Marie’s salt and pepper shakers and replacing the old dial phone. Meanwhile, Ray and Debra visit Marie and Frank for the third time in two weeks. Ray is called to the condo office to sign an insurance form for Marie and, while there, the head of the facility tells him and Debra that Frank and Marie must move out. They explain residents are threatened by Frank’s overall demeanor and Marie is bringing the morale of the community to an all-time low. Later, Frank and Marie stun Robert and Amy when they show up at their old house with suitcases and Ray delivers the shocking news. Ultimately, Robert and Amy agree to sell the house back to Marie and Frank and continue living under the same roof until they can find their own place.

Ray craftily turns what looks to be misfortune, after Debra and Marie fight, into a night of passion by helping Debra channel her emotions into what he terms, “angry sex.” The next evening, while Ray tells Robert, Gianni and Bernie details of his wild night, an enraged Debra enters after a day of shopping with Amy. Ray excitedly kicks everyone out of his house so he can “tend” to his wife. Marie disrupts the plan as she comes in the house through the kitchen with a cake and wants to apologize to Debra. Ray hastily leads Marie to the door and tells her that Debra isn’t feeling well. Early the next morning, Debra and Marie makes amends, and Ray is singled out as a “sex maniac” for taking advantage of Debra when she was angry.

Following a PTA meeting, Debra comments on Ray’s sloppy attire, and Ray tells Debra that he overheard one of the mothers say that she looked “trampy.” Amy does not help matters when she admires Debra for wearing “young” clothes that aren’t necessarily age appropriate. The next day, Robert discusses the situation with Ray and learns that Ray’s feelings were hurt and he made up the entire story. A week later as Ray and Debra host the PTA meeting, Debra purposely dresses “trampy” and confronts the women face to face. Ray eventually confesses to his wrongdoing and expresses his true emotions, that he was threatened by Debra’s attire and worried she was looking for someone more in her league.

Debra and Ray are astonished when Ally comes home with an “F” in math on her report card. Ray and Debra set up a meeting with Ally’s math teacher, Mr. Putnam, to see what she could do to improve. Ray immediately picks up a “mean vibe” when they enter the classroom and clashes with Debra on how they should handle the situation. Later that evening, Amy tells Debra about a crush that Ally has for a “cute boy” in her math class. The next day, Debra has a follow up discussion with Mr. Putnam to tell him about Ally’s distraction, but finds Mr. Putnam is insensitive and mean. This leads to a role reversal back at the Barone home, as Ray becomes the responsible adult while Debra is concerned with the “cute boy” in Ally’s life.

Ray’s unwillingness to share parental responsibilities with Debra sparks a conversation about his own childhood. Debra, Amy and Marie convince Ray and Frank to accompany Robert to see his therapist, Dr. Greenberg. Moments after arriving at Dr. Greenberg’s office, Ray and Frank coerce Robert to ditch therapy and go to the racetrack instead. For the next five weeks, under the pretense of going to Dr. Greenberg, the boys formulate their “psychological breakthroughs” while betting on the horses and enjoying each other’s company. But their fun comes to an end when their wives find out that Dr. Greenberg passed away and the boys have been going to the racetrack.

Debra invites her divorced parents to Thanksgiving dinner. Marie agrees to let Lois stay with her while Warren sleeps in Ray and Debra’s bed. Ray is traumatized when he goes to his room and walks in on Lois and Warren having sex. The next morning, Debra misinterprets her parents’ “rendezvous” as reconciliation. Lois and Warren clarify that they’ll remain divorced but still being intimate with each other makes them happy.

Wondering why Marie is being extra nice to Robert and Amy, Ray discovers her plan: she wants grandchildren. Robert shares his disbelief with Amy that they are being “played” by Marie. Together, they confront Marie about her manipulative efforts in getting them to breed (plying them with massage oils, candles, liquor and the music of Barry White). Ultimately, Robert decides to take advantage of Marie’s manipulations by being her favorite for as long as possible.

Amy’s parents are concerned that Peter is lonely and should start a family. Ray unwillingly goes to Peter’s to give him some dating advice and encouragement. When that fails, Ray and Debra throw a cocktail party at their home to introduce Peter to eligible women. Horrified that Debra invited Peggy (the cookie lady) because she beat him up, Ray tries to push Peter towards Robert’s ex, the lovely Stefania. But Peter only has eyes for Peggy. The tension escalates between Peggy and Ray and the party breaks up. Later, Ray shows up at Peter’s apartment to apologize and finds Peggy wearing only an oversized T-shirt with Peter.

Ray frantically rummages through the kitchen drawer so he can show Andy and Gianni personalized letter from Muhammed Ali. Debra is immediately assumed guilty and denies all blame, but later confesses to Marie that she lied to Ray and accidentally threw the letter out. Marie surprisingly covers for Debra and accepts fault for the letter being lost. For taking the blame, Marie tells Debra that someday she’ll owe her a favor. A week later, Marie calls in her favor to Debra. Marie asks Debra to cover for her when Marie takes all of Frank’s clothes to a homeless shelter. Debra does, but later confesses the truth to Frank. Frank tells Debra he’ll keep the secret if she’ll do him a favor. Frank tears up Marie’s rosebush and when he tells Marie that Debra did it, she comes clean with Ray about the letter.

Ray is dumfounded when he realizes the magnitude of the blunder he made while at a Knicks game with Michael and Geoffrey’s friend, Chris. Ray commented that the janitors would pick up Chris’ mess, not knowing that Chris’ dad, George, works as a custodian at the kid’s school. Ray makes matters worse when George comes over to pick Chris up and Ray repeats the entire incident verbatim. Debra presses Ray to apologize immediately, but mayhem ensues as everyone in the Barone family reveals to George different “faux pas” they’ve made in specific situations.

Marie is astounded when Frank puts salt on her homemade lasagna. While Debra and Amy console Marie, Ray and Robert discover that Frank lost his sense of taste from taking special herb pills for his “foot.” Ray and Robert reveal to their wives the truth about Frank’s problem. Ultimately, Marie finds out that Frank was forced to choose between maintaining a physical relationship with Marie or lose his sense of taste. Marie and Frank share a moment as he decides to stop taking the pills and get his taste back.

Ray tells Robert that Amy is a chatterbox because she wouldn’t stop talking to him while he was watching a basketball game. Ray’s comment hurt Amy, but Robert cutting her off while she is talking angers her. The next night the three Barone couples get together for “Amy’s first annual fondue night.” The family gangs up on Ray to discuss his lack of communication with them. Ultimately, Amy and Ray make up with each other.

Ray decides to watch the overtime of a basketball game instead of having sex with Debra. The next day, Debra gives Ray the “look” that she wants to have sex but later that night Ray surprises Debra by denying her once again. Debra confronts Ray when she discovers that he’s been withholding sex from her in order to shift the power of their relationship. As a result, Debra and Ray tease each other for days until Ray finally concedes to having sex and giving Debra “the power” back.

Robert is shocked when he catches Pat smoking a cigarette, but is thrilled to be part of Pat’s dirty little secret. Robert continues to seize this opportunity to bond with Pat by taking a drag of a cigarette. When Amy smells smoke on Robert, his family accuses him of being a smoker. Robert confides to Ray and Debra the truth about Pat’s habit. Debra encourages Pat to stand up for herself and tell Hank how she feels. Ultimately, the entire family swaps secrets of how they let off steam so they don’t blow up on their loved ones.

In the Series Finale, Ray is admitted to the hospital for minor surgery, but unexpectedly falls into a coma. The family, fearing the worst, experiences a number of heart-warming flashbacks.

What were your favorite scenes of Season 8?

Leave us a review further below!

Bet on your favorite basketball teams at MyBookie.ag! Redeem the MyBookie promotion code described here at https://bettingsitesusa.net/mybookie-promo-code/ and receive a $1,000 bonus! Read reviews of all the top betting sites for USA players at BettingSitesUSA.net.

Loved it, love the whole series! I watch an episode most days, would love to see some new episodes